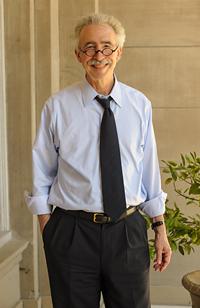 Nicholas B. Dirks was named the 10th chancellor of the University of California, Berkeley on November 8, 2012, and served in that role between June 1, 2013 and July 1, 2017.  An internationally renowned historian and anthropologist, he is a leader in higher education and well-known for his commitment to and advocacy for accessible, high-quality undergraduate education, to the globalization of the university, and to innovation and collaboration across the disciplines and between universities and outside partners.

While chancellor, Dirks launched an undergraduate initiative, which occasioned unprecedented cooperation among the deans of undergraduate colleges and the appointment of the first Vice Chancellor of Undergraduate Education.  Dirks convened a group of faculty who developed a new set of courses in data science across the curriculum (and led to the appointment of the first Dean of Data Science).  He oversaw the development of the first fully residential college dormitory, and launched an initiative in arts and design.  He invested in major research collaborations in neuroscience and genomics, developed a close working relationship with UCSF, and helped negotiate Berkeley’s participation in the $600 m Chan Zuckerberg Biohub.  Dirks established two important task forces in athletics, one to improve the academic performance and commitment of student athletes, the other to formulate a plan for long-term financial sustainability.  He appointed the first campus lead to guide efforts to combat sexual violence and sexual harassment while changing campus level procedures and investing significant additional resources.  Dirks established new global partnerships with Cambridge University and the National University of Singapore, while developing the Tsinghua Berkeley Shenzhen Institute and a joint climate institute with the Berkeley Lab and Tsinghua University.  Dirks revamped the development operation (Fundraising 2.0) and presided over record breaking fundraising efforts, while spearheading efforts to promote more expansive alumni relations.  Dirks took on unprecedented challenges around the financial health of the university, spearheading a campus wide discussion around strategic planning and beginning the process of bringing the budget back into long-term balance.  Finally, Dirks maintained the unparalleled excellence of Berkeley as indicated in every major ranking, and did so while focusing on increasing accessibility for low income and underrepresented students.

Before coming to Berkeley, he was the executive vice president for the arts and sciences and dean of the faculty at Columbia University, where, in addition to his work on behalf of undergraduate programs, he improved and diversified the faculty, putting special emphasis on interdisciplinary and international initiatives.  The Franz Boas Professor of Anthropology and History, Dirks joined Columbia in 1997 as chair of the anthropology department.  Prior to his appointment at Columbia, he was a professor of history and anthropology at the University of Michigan for 10 years, before which he taught Asian history and civilization at the California Institute of Technology.  He received his B.A. from Wesleyan University, and his M.A. and Ph.D. at the University of Chicago.  He has published four major books, edited three more, and written numerous essays, articles, and papers.

Dirks has held numerous fellowships and scholarships and received several scholarly honors, including a Guggenheim Fellowship, a MacArthur Foundation residential fellowship at the Institute for Advanced Study at Princeton, and the Lionel Trilling Award for his book Castes of Mind. He is a fellow of the American Academy of Arts and Sciences, and has served on numerous national and international bodies while receiving honorary degrees in Beijing, China, and Madras, India. He is a Senior Fellow at the Council on Foreign Relations.